Some time ago I accidentally wrote this code:

Did you notice the problem here? Well, I didn’t.

When I run the program I got a crash:

Consumer of environments expected to get XCCEnvironment, but got NSMutableArray.

At the beginning it wasn’t clear why it actually happened, but I took a closer look at the code and found that I put array into itself:

Documentation says nothing about collection’s behaviour in such situation, the only valuable (imo) reading I’ve found is Mike Ash’s blog-post Let’s break Cocoa.

The post says that mutable arrays, dictionaries and sets are going really crazy if you make so-called circular containers. Another problem is that they cause a memory leak when ARC is enabled: collection retains itself.

I believe that normally developers do not put collection inside the collection. Though, it is the same kind of belief as ‘programmers do not dereference null pointers’ - it is still happens and probably it’s kinda unexpected behaviour.

I was pretty sure that clang is able to prevent me and other people from doing this mistake, but I didn’t find any warning/flag/setting that does this check.

Eventually I decided to implement it. Implementation took a couple of evenings but now it’s in trunk.

And shows warning if you trying to put collection inside itself

Recent clang version contains this feature, but it’s not yet available within Xcode, and I guess it’ll appear with the next major release - in a year or so.

But, anyway, having open-source tools is really amazing: you can tweak it, extend it and make your life and, probably, lives of other people a bit better.

This feature got into WWDC 2016, What’s new in LLVM 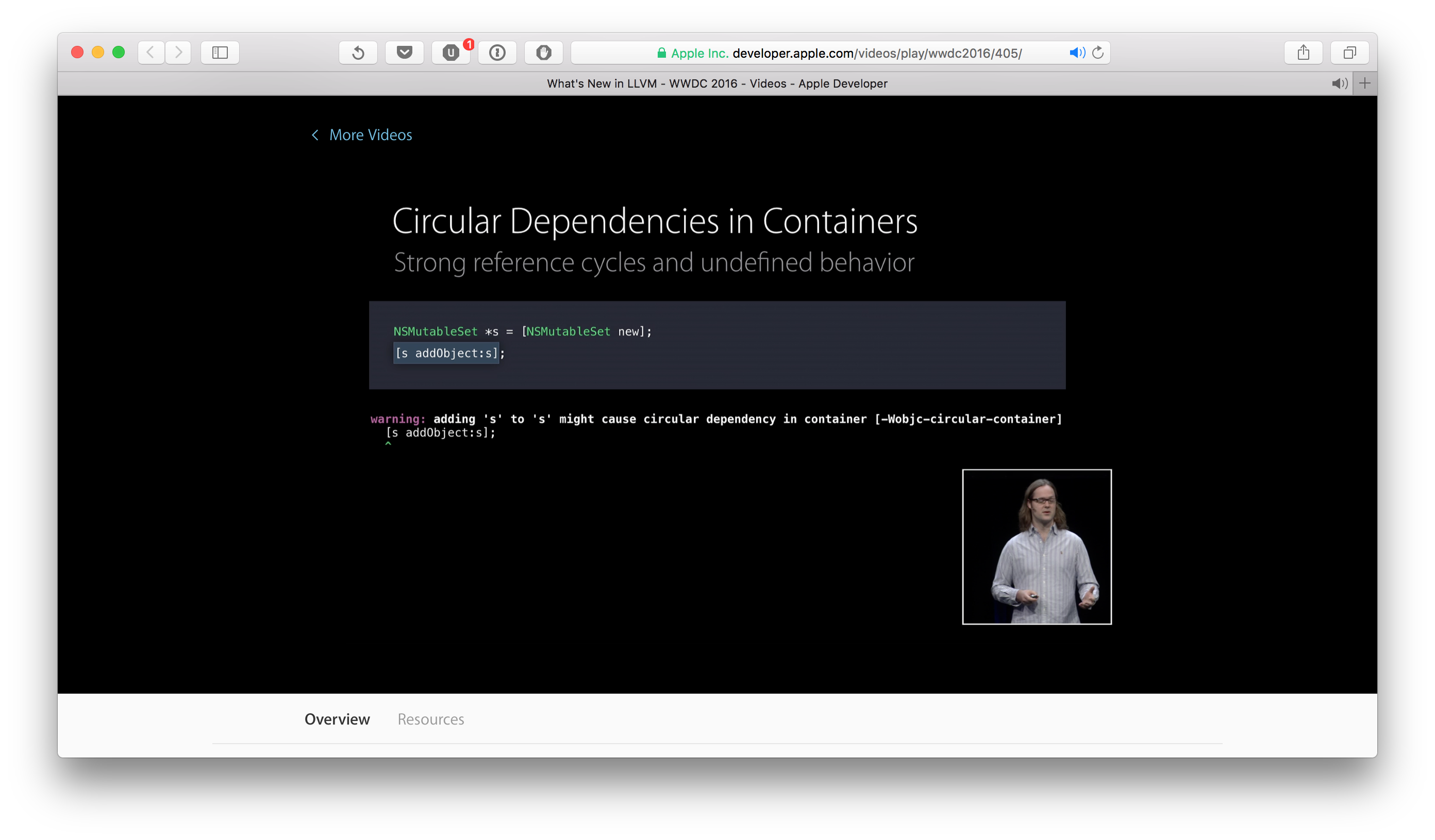 Drop me a line or ping me on twitter if you have questions!